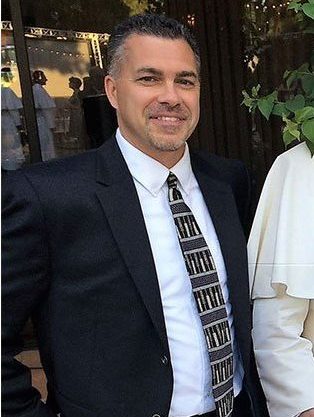 The principal reports directly to the pastor and serves as the director
and manager of the day-to-day operations of the school.     The principal works to uphold the Catholic mission of the school in the     development of policies and protocols, and to provide direction and   oversight to the programs and personnel of the school.

Steven Cunningham began his tenure as principal of Prince of Peace   Catholic School in Taylors in 2019.  Cunningham graduated from   Minnesota State University and earned his master’s degree from the   University of St. Thomas in curriculum and instruction with a special   focus in Catholic education in leadership.

Previously, he has held teaching and leadership positions at John   Ireland School, Queen of Peace Catholic School, and Providence   Academy in Minnesota before going on to be the head of school at St.   Anne School in Laguna Niguel, California.